Both projects attracted a huge amount of attention from the media, technology experts, judges, school groups and the general public. The girls spoke with confidence on their project topics and were wonderful ambassadors for Scoil Mhuire.

On Friday evening we received exciting news from the awards ceremony. 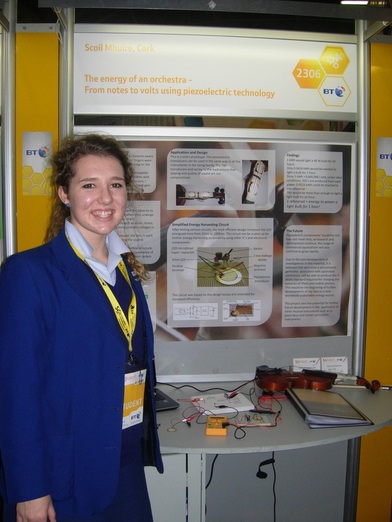 Title: The energy of an orchestra – From notes to volts using piezoelectric technology.

Overview: I used piezo-electric transducers to harness waste-energy of musicians pressing fingers on instruments. With circuitry I designed, I harnessed enough energy to power a light.

‘BT Young Scientist Exhibition was a fantastic experience. The enthusiasm and interest displayed by participants, judges and the public alike made it an unforgettable week. Seeing such a genuine interest in my project gave me the sense of being part of a community where my research was relevant and valued.’     Clare Keaveney-Jimenez

Title: The development and evaluation of a vehicular proximity warning device for bicycles.

Overview: Due to numerous incidents involving bicycles and motor vehicles, we decided to invent a device to warn cyclists if motorists are too close.

‘As soon as we arrived up in Dublin the atmosphere was amazing. There was so much positive feedback from the public, judges and media we were blown away. It was definitely worth all the hard work we put into the project and we’re already thinking of new ideas so we can hopefully witness this amazing experience once again.’    Ciara Donoghue, Abby Horgan, Ciara Murphy. 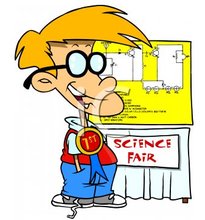 It Could Be You!